We recently diagnosed and repaired a MMI system on a 2014 Audi A6. 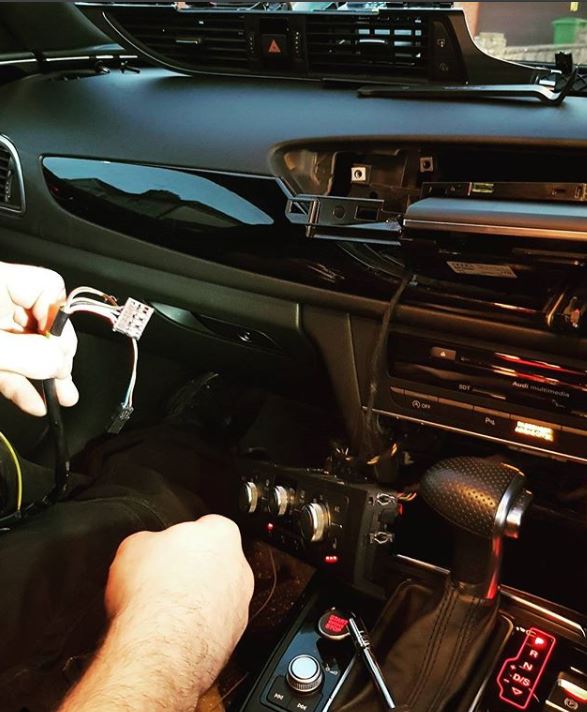 The owner reported that the MMI system did not work. Once we removed the system we noticed that the wiring from the MMI sceen had been cut by the open/close mechanism of the flip out screen.

This was due to a poor previous repair job.

The wires should have been tied together using the original Audi wiring route. Once we repaired the loom the system was fully functional. Audi quoted over £2000 (+VAT) to diagnose and repair this! Another happy customer! #audi #a6 #a6oc